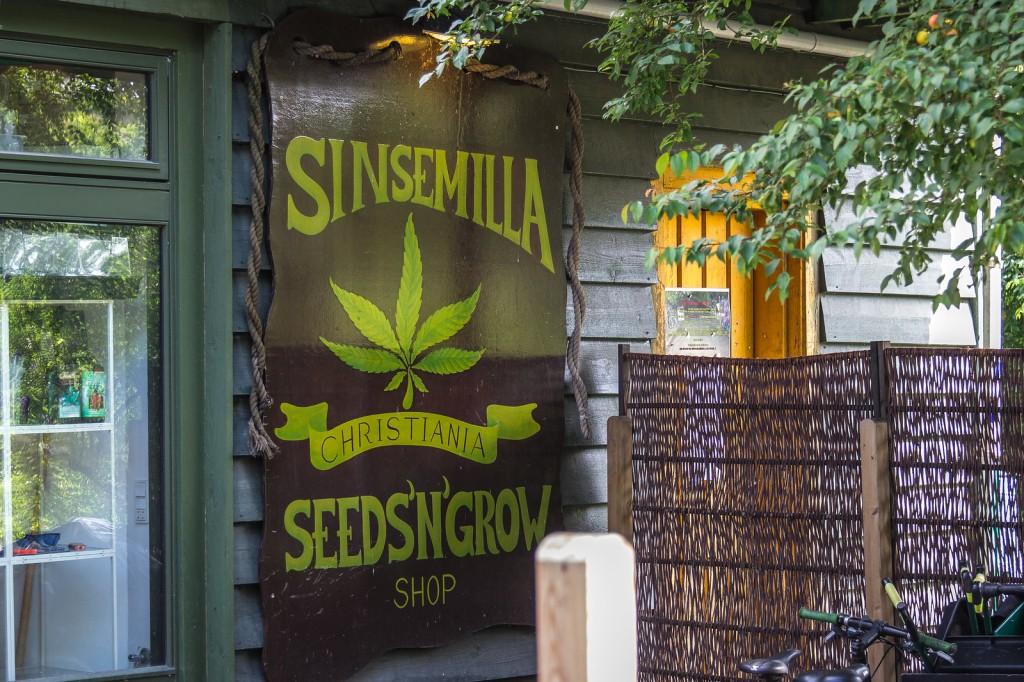 Christiania, an autonomous district in Copenhagen, is quite well known due to the cannabis trade that took  place there for close to fifty years. There’s much more to the city than that, however. Free tour Copenhagen is definitely a way to get to see some of those features during a walking tour when you visit.
There are many attractions to see and the local culture is very vibrant. Here’s a rundown of some of the  things that are worth knowing about Christiania.

How you’ll get there

Christiania is location in area known as Christianshavn which is accessible by bike, metro or bus. Cars are not allowed in that district so visitors won’t have that option. However, the available options to get there are
more than sufficient in terms of reliability and comfort. If you’re going there by metro, they’ll have to get off at Christianhavn St and go southeast towards Dronningensgade. After a 15 minute walk, you’ll enter the Bohemian district. If you’re not interested in free walking tour in Copenhagen all the way, you can take bus 9A from Christianhavn St before getting off at Bodenhoffs Plads, which is the next stop.
A different way to reach Christianhavn from the city center is taking bus 350S from Nørreport St.

Before Christiania became the neighborhood we know today, it was a military base that was abandoned and unused for many years. A group of hippies broke the barricades in 1971 and began squatting there.
These days, approximately 900 people live there in a community with its own rules and regulations. In fact, the rules and regulations of are totally independent from those of the government of Denmark.
During what may be described as its short history, Christiania has faced a number of upheavals. The Cannabis trade taking place in its well-known “Green Light District” has been the main cause of this. At a certain point, police officers were regularly invading the neighborhood and occasionally arresting dealers. There was a widely reported incident in August 2016, during which a shooting in Chiristiania led to three people getting injured, including a police officer.
While all this makes up the history of Christiania, it is a highly tourist-friendly place. Interacting with locals is encouraged and many visitors try to have a conversation or two during their time there. Not only does this
give an understanding of the town and it’s culture, it allows for a more authentic tourist experience.

Christiania has had a fair amount of fame thanks to permanent stalls that can be found along Pusher Street, which was formerly known as the Green Light District. This is where cannabis of all types was freely sold,
which is illegal anywhere else in Denmark.
If you take a free tour Copenhagen, you’ll be able to see the stalls but not the drug trade itself. It is no longer as prevalent as it used to be. However, it’s still a very interesting sight to see considering how much it
contributes to the history of Christiania.

For those who may want to buy tokens when they visit Christiania, there are a variety of options. A favorite of many tourists who visit Christiania is T-shirts with the symbol of Christiania. Some of the other options
that you may choose include smoking pipes, jewelry and many other items that sell for relatively low prices in the neighborhood.

If you feel that those items don’t quite suit your tastes, you can walk through pedestrian alleys and take your pick from the clothes stores.
Because Christiania has been attracting a large number of tourists of late, there is a wide selection of souvenirs to pick from. Locals have also started crafting handmade artifacts to sell t0 tourists.

The wide range of eateries that can be found in Christiania will be sure to satisfy all tastes. It can also give you the option to try different kinds of food that you might not have had the option to try before.
Among the choices for those who enjoy pastries, the Sunshine Bakery offers highly rated Danish kage, otherwise simply known as a cake. Prices are low and all the products are known to be tasty.
Café Nemoland in Christiania is known for its scrumptious burgers and sandwiches. It also offers coffees and desserts. Vegans can find food that suits them at Morgenstedet and Grønsagen. They have recipes made
with fresh vegetables and their atmosphere is very cozy. 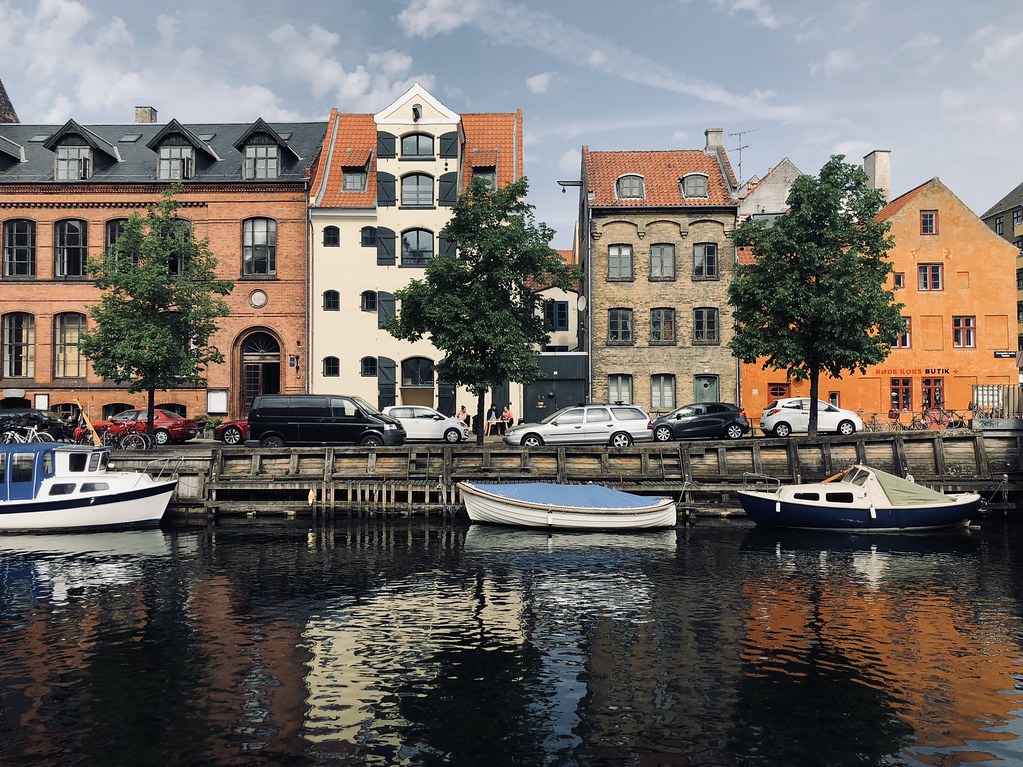 Café Loppen offers vegetarian dishes that are inspired by Thai cuisine. All the dishes and drinks offered there are organic. The restaurant has a firm belief in the healthy food. Månefiskeren, which is open from Tuesday to Sunday, has a lot of space along with quirky paintings hanging on the walls. For when it’s warm and sunny, there is an outdoor area with large wooden tables that visitors can share with locals. Smoking is totally permitted and there is a pool table to encourage interaction.
Christiania is generally vegan and vegetarian friendly. Places selling meat can be found, of course. There are many places that only offer organic food that has been grown locally. It’s common for eateries to sell using
buffet-style to ensure that nothing goes to waste.

Things To See In Christiania

After passing through the area that is filled with cafés and restaurants, there is a completely new world that can be discovered within Christiania.
The hippy lifestyle that characterizes Christiania residents can be seen in the streets, buildings and transport, There are many houses and bikes that have bright murals, vibrant walls and are just overall very colorful.
Cameras are frowned upon in Christiania, however. Most of the photos that can be found online and elsewhere are by professional photographers who would have been given explicit permission by the local community. Signs stating that no photos or videos are to be taken upon entry can be found all over the city. It has been reported that, at times, the local community does not allow entry if someone is carrying a camera.
If you keep your phone and camera in your bag , there shouldn’t be a problem.
An interesting aspect of Christiania is how green the area is. They are highly eco-friendly. You’ll be able to see the reuse station where you can swap and share goods. You’ll also notice many buildings are fitted with
solar panels and windmills.
You’ll also be able to see the tanks they use to store rain water after they have gathered it during the rainy season. There’s also a communal bathhouse that receives hot water from the solar panels during summer.

Christinia hosts a Christmas market in December and it’s always regarded as being the best in town. It takes place indoors. There is always the scent of mulled wine and baked almonds from the scent to welcome visitors as they step inside.
There are numerous stalls to be found. Various items are sold, including clothes, handcraft decor pieces and jewelry. There is often a band playing tunes to add to the jovial atmosphere.
When visitors are done shopping, they have the option of tasting the local cuisine at the numerous food stands available.

There’s a variety of live music venues that can be found in Christiania. Each venue often has its own kind of atmosphere, creating a wide range that suits different tastes.
Jazzklubben is a good choice for lovers of people who enjoy jazz. The bar, despite being small and smoky, hosts amateur and professional musicians. On the Sunday jam sessions, visitors can go on stage and play their favorite instrument. On Thursdays, Fridays, Saturdays and Sundays, that district is filled with music coming from Operaen café.

Acoustic sessions, DJs and jam sessions take place in the café until after midnight. For those who want to have a drink while listening to music, Woodstock at the end of Pusher Street is a good choice. It’s also theoldest bar in Christiania.

Considering the wide range of activities that can be found in Christiania, it’s definitely a place worth visiting. It has a rich history and that can be seen in many of the buildings and streets. There will of course be a few things to remember, such as the fact that taking pictures without permission is frowned upon.
Running is also discouraged as it gives locals the impression that there is something to be alarmed about.
With regards to everything else, however, Christiania is a fantastic place that has shops, eateries and scenes to suit all tastes. There is a lot to see in Christiania; trying to fit it all into a schedule can be an overwhelmingtask.

The best way to see Christiania is to take a free tour Copenhagen, allowing you to see a big part of the neighborhood while also getting some context. This can give some extra appeal to the experience by helping you understand more about the local culture. The color, vibrancy and culture of Christiania will be sure to enthrall you.