5 Facts You Never Knew About Stockholm 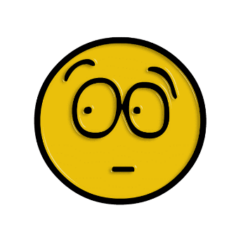 Stockholm is a beautiful, bustling modern city, but behind all of the progress lies a rich and interesting
history. From massacres to Minecraft, a lot has happened in Stockholm. Here’s a few facts about
Stockholm’s varied heritage that you might enjoy!

When Swedish King Gustavus Adolphus commissioned a flagship called the Vasa in the 17th century, he
had high hopes for its success. Bronze cannons were cast in Stockholm just for the ship, and construction
took three years. When it finally set sail in 1628, it barely made it out of Stockholm Harbor before sinking.
The total voyage? A glorious 1,300 meters. A few hundred years later, the ship was salvaged, and you can
see it today in a Stockholm museum.

A central park in Stockholm, known as the Kungsträdgården (say that one five times fast), features some
beautiful historic elms. If not for the acts of 1970s activists, however, you wouldn’t be able to see them
today. When they were scheduled to be cut down, protesters chained themselves to the trees in the “Battle of
the Elms.” Decades later, you can still see chainsaw marks in one tree.

Does your mind go to Silicon Valley every time you think of tech companies? Although that’s often the
case, you might be surprised to learn the influence Stockholm has had. If you’ve ever chatted with someone
on Skype or listened to music on Spotify, you’ve experienced one of their export apps, founded respectively
in 2003 and 2006. The video game world of Minecraft also found its origins here. These developments
might now be a part of Swedish history, but who knows what’s to come in the future?

One interesting fact about Stockholm gets a little grisly. During a time of political upheaval in the 16th
century, Christian II of Denmark conquered Sweden and became its king. After he was crowned, he
celebrated with several days of feasting, but at the end of the celebration he took a more murderous turn.
Eighty-two of guests who were faithful to the prior ruler, including bishops and noblemen, were taken out in
the square and beheaded. However, the violence is memorialized as a more peaceful landmark you can visit.
A house from the era called Ribbinska Huset features 82 white stones offsetting the red construction, said to
memorialize the guests who were killed.

Think Stockholm’s history is interesting? So does the city! Stockholm boasts over fifty museums, far more
than most cities of its population. One of the most interesting of these is Skansen, which holds the record for
being the world’s first open-air museum. It was opened originally to showcase life in Scotland before the
industrial area, an experience even more fascinating today than ever.
These are only a few of the vast and entertaining stories waiting in Stockholm to be learned and discovered.
From the museums and historic districts to the heart of the modern city, there’s so much to see and
experience. If you get the chance, don’t hesitate to explore one of the most fascinating cities on the planet.

Our free walking tours in Scandinavia

Christmas in the fairy tale-what to do in stockholm