Accommodation in Stockholm-day trips from Stockholm 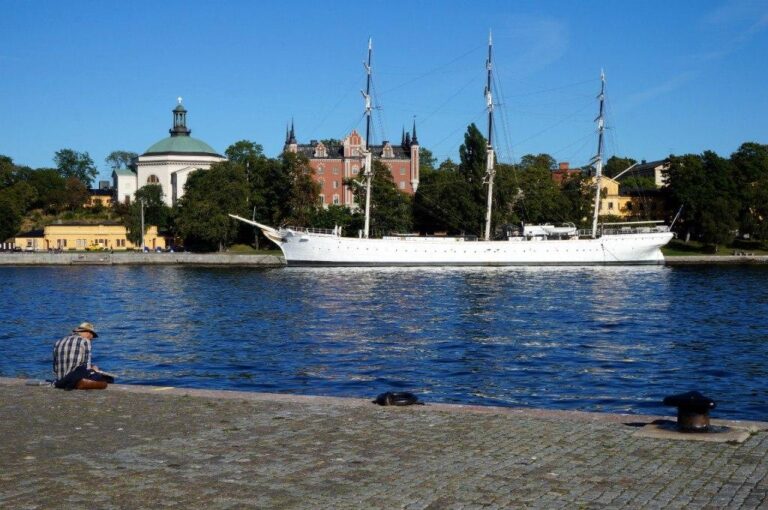 Stockholm and Scandinavia in general are definitely not the cheapest places in the world – go and ask the tourists. To sum up and be brief we would like to say that people searching for where to stay in Stockholm or Stockholm accomodation may select among these variants – affordable (hostels, ships), moderately expensive (hotels) and expensive (luxurious hotels).
Student’s dream
Not every tourist wants and can pay for places to stay in Stockholm like a prestigious hotel – for instance Park Inn or Scandic. The main purpose for such people is to explore the Swedish capital and to explore as much as they can, they are not tightly connected to a exact Stockholm b&b place. Basically young tourists and just people who don’t wish to waste too much prefer hostels. But don’t hurry up too much – actually you have a big chance to put up at a hotel which is undoubtedly more comfortable than hostel for the same money.
There are a lot of small unusual hotels having that fantastic Swedish style. The most pleasant thing about such places is that sometimes they present incredibly tempting offers like offers for a season and various discounts. If hostels mostly look similar to each other in entire world the hotels are different and thus much more beautiful.

What about staying on a ship?
Could you imagine that cheap accommodation in Stockholm may be found not on the land but in the local water? It is the reason for people calling it “Northern Venetia”. Getting a room in a ship gives you a big opportunity to live in the very center. Finally, the best advantage is that the ships are much cheaper than ordinary hotels. What a nice accommodation in Stockholm, isn’t it?.
Experienced tourists also claim that staying in a ship is actually much better and cheaper than in any “land hotel”. According to their words, Stockholm ships are basically staying near the city center. So you will get both available price and small distance to dozens of fabulous attractions.
Feel the life of a Stockholm inhabitant
If you need more freedom and comfort you can check rental houses and apartments. But prepare yourself for rather costly offers – remember that wages and pension in Sweden are high and Swedish people can easily afford such rent. It means that locals feel well with such prices, but tourists are usually disappointed.
Nevertheless, it doesn’t mean that you can’t find cheaper apartments several miles away from the center. It will let you save some decent money and see how people in residential districts live. With no doubts, such experience is incredibly interesting. Furthermore it is the best opportunity to make a comparison between Stockholm center with other its districts.
Renting a house or an apartment may appear to be the most attractive solution for the people who have already been to Stockholm and seen its attractions. Non-touristic areas are also very interesting. If you want to see the full picture – go an live among local people but not among tourists.
Top level of comfort
Anyway, some of us need top level of comfort. If you need to possess a great bed, a big and clean bathroom and tasty meals in the hotel restaurant – select a hotel. Global hotel companies can be easily found in Stockholm. Additionally you could check out some local hotel chains. One more option of a comfortable rest is to rent a room in an authentic Swedish hotel.
Grand Hotel is possibly the greatest place where a tourist could put up at since this hotel is located in the very center of the city. All famous museums, all splendid views and all cool clubs and bar will be within walking distance that is really convenient. But be ready for really high prices – they can appear to be higher than in the majority of other Western European capitals.
Find new friends and a new couch
You are better to look for bed and breakfast in Stockholm in hotels and good hostels. But still, there is a different way to get to a place for sociable people – an online service called Couchsurfing. There you will see thousands of people from different countries and towns including Stockholm who are inviting everybody to come and stay. It’s incredibly easy – make your profile on Couchsurfing, find a person living in the Swedish capital and contact him. It’s going to become a really affordable way to discover the city and to get new foreign friends. 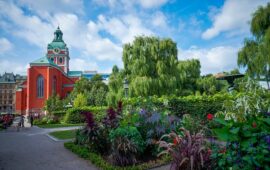 What To Do In Stockholm-Segway Stockholm 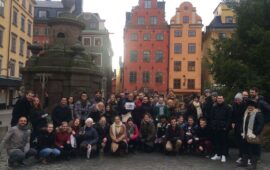 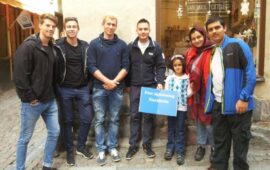