For you to have some ideas where to begin, here are the five most popular Stockholm museums

Whether you are Swedish or a foreigner fascinated by the cultural history of Sweden, it’s of great importance to visit different museums that would grant you free excursion into what Sweden once was centuries ago. For you to have some ideas where to begin, here are the five most popular Stockholm museums.

Considered as the earliest open-air Stockholm museum built in 1891 by folklorist Artur Hazelius, Skansen is one of the most popular museums in Sweden worth visiting. Inspired by King Oscar II who established a museum of the similar type, Hazelius founded Skansen to share with the public how the natives of Sweden lived throughout the country prior to the industrial era. Before the construction of the museum, the folklorist had built the Nordic Museum that currently owns all the items exhibited at Skansen.

Hazelius invested in approximately 150 traditional Sweden houses and had them brought to Skansen. Some of those properties open for public viewing are Skogaholm Manor and Älvros farmhouses. Aside from buildings, the museum also exhibits a model of a typical 19th-century Sweden town that depicts craftsmen in their traditional clothes including silversmiths and shoemakers.

If you have some kids with you, Skansen offers an open-air zoo featuring a number of Scandinavian animals such as wolverine, red fox and bison. Other than exhibitions of artifacts and historical documents, Skansen prepares folk dancing presentations and concerts during the summer. The establishment requires no charge for visitors up to age of 18, making it one of the best destinations for tourists who carry children with them. For it’s such a popular Stockholm museum, it welcomes 1.3 million visitors every year.  www.skansen.se

Established by Swedish National Maritime Museums (SNNM) in 1990, the Vasa Museum highlights the 17th-century 64-gun warship Vasa that sloped and sank on its first expedition in 1628. Maintained in its 95 percent original structure, Vasa is decorated with almost 700 wooden sculptures, making it look like it was never under water for 333 years.

Through ten different displays, the museum reveals everything about Vasa particulary its historical background and the life of the sailors on board. The Vasa museum also plays a film on the 69-meter-long warship spoken in 13 languages. Other than Vasa, expect to see other ships such as Bernhard Ingelsson, Sankt Erik, Finngrundet and Spica. Having these attractions around the establishment, this popular museum receives about one million visitors annually. www.vasamuseet.se

Featuring approximately 10 million artifacts on the culture of Sweden beginning from the Mesolithic period, the Swedish History Museum is deemed as one of the hugest Stockholm museums. Built in 1817 and redesigned years after years until 1940, the museum houses a number of gold and silver items for public display. The museum also features objects associated with Vikings and exclusive discoveries from the Battle of Gotland in 1361.

Aside from exhibitions, the museum also conducts family activities, lectures and school trips. You could bring home souvenirs for both kids and adults for they have a shop where you can purchase some. Every year this famous museum entertains tens of thousands of visitors across the globe. www.historiska.se

Established by Artur Hazelius in 1873, the Nordic Museum showcases the Swedish rich culture starting from the Early Modern age to contemporary period. Its previous name was Scandinavian Ethnographic Collection, and then changed into the Nordic Museum in 1880. All items displayed in it were either purchased by Hazelius or donated by citizens around Sweden and other Nordic nations.

Hazelius focused gathering items related to peasant culture until his successors turned to collecting objects representing urban customs for the modern era. What makes this museum worth visiting is its collection of structures like Julita farm and Tyreso Palace. Having collected over 1.5 million items from furniture to toys, the museum entertains approximately 300,000 visitors per year. www.nordiskamuseet.se

Designed by Rafael Moneo in 1958, the Museum of Modern Art centers on Swedish and contemporary art such as masterpieces by Salvador Dali and Pablo Picasso. The museum’s displayed items range from paintings to photographs by Robert Rauschenberg, Louise Bourgeois and Henri Matisse.

Viewing the permanent exhibitions doesn’t require any fees, but some of the short-term ones have been collecting fees since 2007. Besides displaying first-class exhibitions, the Museum of Modern Art also offers children’s workshops. You could even take a gander at the elegant Djurgården Island and Strandvägen Boulevard from its restaurant. That being said, it is definitely one of the most famous Stockholm museums you should pay a visit. www.modernamuseet.se

Top 10 Things To Do In Stockholm-Segway Stockholm 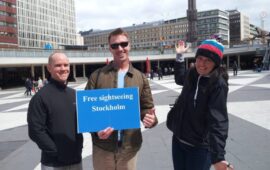 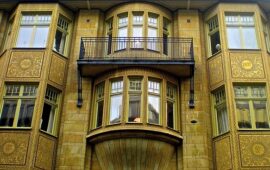 Discover Stockholm, The Funding Of Scandinavia