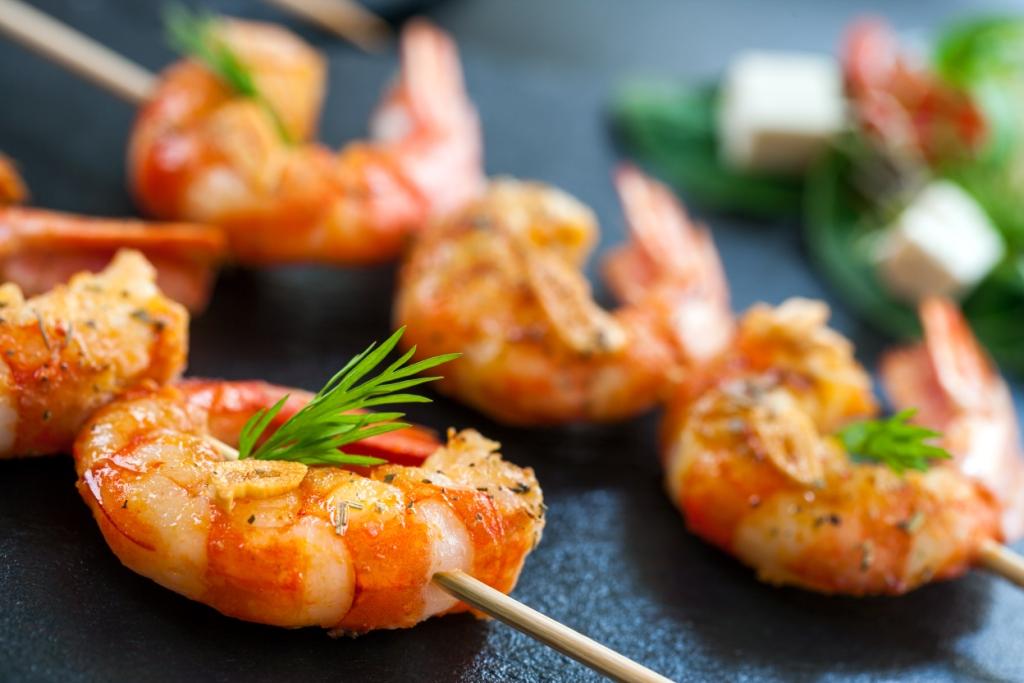 A Detailed Look at the Food and Drink Culture of Sweden

Sweden is a country not just known for its beautiful landscapes, pristine beaches, and winter sports, but also for its food culture. Many people are under the impression that Swedish cuisine is all about meatballs and mashed potatoes, but they could not be more wrong. The cuisine is so much more than that and offers you a rich culinary experience.

The food culture of Sweden was molded greatly by its weather conditions. The long and harsh winters meant that produce could not be transported from one place to another easily. This in turn meant that people had to rely on locally grown, seasonal food and ingredients for cooking purposes. It also meant that people had to store and preserve their food to survive the winters. Vegetables and fish were pickled, root vegetables were stored in cellars, berries were made into jam, and bread was baked using traditional methods so that it could be stored for a long time. The culture of food storage is a definitive aspect of Sweden and the tradition continues till today.

Home cooking is also an important aspect of Swedish food culture. The severe weather conditions meant people had to stay indoors for long periods of time and had to cook their own food rather than eating out or relying on canned foods. This tradition too continues to date, though not to the extent as it was once followed. Swedes use a variety of methods like smoking, salting, fermenting, marinating, and poaching to preserve and cook food.

The country’s food culture differs to a certain extent between the Northern and Southern regions. In the North, game meat is widely consumed whereas in the South, fresh vegetables have always been a key part of the cuisine.

The Swedish culture has always been receptive to foreign influences, particularly the countries it has been in close contact with. Right from 17th century, Swedes incorporated a variety of elements from French and German cuisines and the trend continues to date. In the past few decades, Asian influence – Japan in particular – on Swedish food culture is also very noticeable, with sushi being served in restaurants across the country.

Swedish food culture also a little bit of Italian influence in the form of café latte, which makes sense as Swedes are avid coffee drinkers. A variety of cakes, buns, pastries, and cookies – commonly referred to as kaffebröd (coffee bread) – are served with coffee.

The capital city of Sweden is now considered the food capital of Scandinavia by many and for good reasons too. The city has one of the most vibrant, dynamic food scenes in all of Europe and offers an amazing blend of foods with local and foreign influences. A variety of guided food tour Stockholm packages are offered to make sure visitors enjoy the rich culinary experience the city has to offer.

The food scene in Stockholm oscillates between the traditional and the modern, catering to the diverse needs of locals as well as tourists. From restaurants that serve traditional seafood and husmanskost to Asian fusion restaurants and kebab pizza joints, you can find a wide range of culinary options in the city.

Husmanskost or house owner’s food’ has been the choice of working class families in the country for a long time. It consists of meat from farm animals or wild game, fish, potatoes and other root vegetables, herbs from local gardens, and freshly picked berries. One of the best things about the food scene in Stockholm is the availability of freshly cooked seafood. There is water everywhere and there is no dearth of freshly caught fish and shellfish. You can even try fishing your own pike, bring it to a local restaurant, and ask them to cook for you.

Stockholm offers you a whole range of options in terms of eating – right from fine dining places to back pocket restaurants, traditional restaurants, fusion food places, and street food trucks. The easiest way to enjoy the best of what these eateries have to offer is to sign up for a food tour Stockholm package.

The fine dining places are usually Michelin star restaurants that serve food cooked with ecological seafood, organic vegetables, wild mushrooms, and seasonal fruits. Surprisingly, the back pack restaurants are also run by Michelin star chefs. The idea behind these restaurants is to offer Michelin star quality food to common people at affordable prices.

The traditional restaurants play a key role in preserving the city’s culinary heritage by serving husmanskost with wild game like reindeer, wild boar, and moose and seafood like cured salmon and pickled herring.

The Asian influence on Swedish food culture has resulted in a number of fusion restaurants all over the country, including the city of Stockholm. From Japan to Thailand, Vietnam, and India, you can try a wide variety of Asian cuisines made with local ingredients.

The street food culture is the contribution of the United States to Sweden. You can find a number of these trucks in Stockholm, attracting sizeable crowds in the afternoons and evenings. One of the reasons behind their booming business is that they offer affordable meals to working class people in a city where fine dining options can dent your wallet considerably. Stockholm is also filled with cafés that serve an exceptionally large range of baked goods including cookies, cakes, bread, and pastries with plenty of coffee.

A word to the wise – if you are visiting the city for the first time, chances are you will find it difficult to explore the local food scene all by yourself. So, it is a good idea to opt for the guided food tour Stockholm packages offered by local service providers. It is a great way to enjoy the food and drink culture of the city.

Swedes enjoy an array of desserts, baked goods, and treats to indulge their sweet tooth. Ostkaka, a cheesecake made with milk, rennet, eggs, cream, and almonds, is one of the most popular desserts in the country. Rice pudding dessert, pancake, waffles served with jam or whipped cream, and semolina pudding with juice made from berries are also some of the common choices for desserts. Different types of pies (made from apple, blueberry, and rhubarb) and pancakes are also popular with the locals as well as tourists.

Coffee shops in the country serve a host of baked goods, which are typically known as kaffebröd or coffee bread. Cinnamon roll with cardamom dough, Budapest pastry, Napoleon pastry, princess cake, and chocolate ball are the typical choices for coffee bread and are usually served with coffee.

You can also enjoy a wide range of treats depending on the season. Your choices include strawberry and other seasonal fruitcakes in the summer and apple cakes and pies in the autumn. For winter holidays, you have a whole new variety of treats and toffees including saffron bun, marmalade candy, Christmas toffee, liquorice candy, peppermint candy, and marshmallow candy.

Sweden ranks among the top ten countries in terms of coffee consumption. The country enjoys sweet drinks like sweet soup made from bilberries, rose hip soup, lingonberry drink, and a number of other carbonated soft drinks. The country is also known for its alcoholic beverages. Hard liquor like akvavit and vodka are an important part of the local drinking culture. Both are usually consumed as snaps or shots, usually during the course of a meal. They are, however, also used as ingredients in a variety of cocktails and other alcoholic concoctions.

Sweden is known for the production of high quality vodka and is home for popular brands like Renat, Explorer, and Absolut. Absolut, in particular, is a favorite choice of vodka lovers around the world. It is one of the largest and most well known brands in the world and is sold in over a 120 countries.

Swedish food culture is very kaleidoscopic in nature. Apart from Nordic people, who are the natives of the land, the country also has minority groups like the Sami and Finns, who contribute to the culinary culture with their own cuisines. So, in an effort to bring in the excluded food cultures into the mainstream, the country has created a food culture that includes aspects of local as well as foreign cultures.

Also, since only 0.5% to 1% of the population is involved in farming, the country has to import food products to a large extent. It is also the reason behind the food culture, which incorporates both domestic and foreign products, but designed to suit the tastes and preferences of the local population. It makes Swedish food culture one of the most inclusive food cultures in the world.

The Swedish government is also actively involved in promoting healthy eating among people. Food companies in the country are encouraged to print national dietary guidelines on food packages and use the guidelines in marketing and promotion materials to spread awareness among people.

Apart from the information given above, the pointers given below will also help you assimilate with the locals better and enjoy the local food scene thoroughly.

Lingonberry jam is pretty much a staple food of Sweden. It goes with everything – right from pancakes to meatballs, blood puddings, porridges, breads, and anything else you can think of.
Crispbread is yet another food item that is consumed widely in the country. It comes in various flavors and can be eaten for breakfast (with hard boiled eggs and caviar), lunch (with cucumber slices and ham), and dinner (with cheese, cream, or butter).
Open sandwiches are unique to the country. So, when you are served a single slice of bread with toppings, do not ask for the missing slice. The topping usually includes sliced tomato, cucumber, lettuce, hard boiled eggs, and shrimp.
Crayfish is a national delicacy in Sweden. Be prepared for crayfish parties during the month of August, when people gather in balconies, gardens, and parks in the evenings to feast on a variety of crayfish based delicacies.
Pickled herring is something not to be missed while in Sweden. You can try different flavors of picked herring including onion, garlic and dill, and mustard and eat it with boiled potatoes, hard boiled eggs, cheese, freshly chopped chives, and a slice of crispbread.

On the whole, the food and drink culture in Sweden is dynamic and thriving. You can enjoy a variety of local delicacies, many of which are unique to the Nordic culture and not available outside of Scandinavian countries. From Michelin star restaurants to street food trucks, a variety of eating options are available to suit your budget. If you truly want to explore everything the country’s food scene offers, you can make use of the guided food tour Stockholm packages and other such tour packages available in other cities, which are designed to offer you a glimpse of the best the country’s culinary industry has to offer. 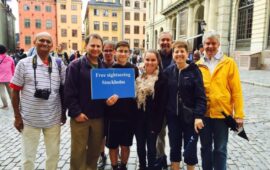